Why Couples Who Argue Have Healthy Relationships

Ever worried about fighting too much with your significant other? Think that the fights are taking its toll? It turns out that, according to Psychologists, couples who argue may have a healthier relationship than those who don’t. And they believe it to be true for the following reasons:

Before problems become bigger problems, arguing allows people to sort out the issue straight away. Tackling a smaller issue gives us a greater chance to find solutions that everyone will agree.

Almost half of married couples believe that arguing helps to express their needs to their partner.

3. Commitment to the relationship

According to psychologists, fighting instead of just looking for a way out represent your commitment to the relationship.

By arguing and letting your partner know what you think clearly, they’re showing that they are still interested in the relationship, by dedicating time to show their concerns.

Contrary to what people think, the lack of arguing might be worrisome. Feeling like you can’t voice your thoughts and critics, could be indicative of an abusive relationship, after all, all the abuser wants is to silence their partner. 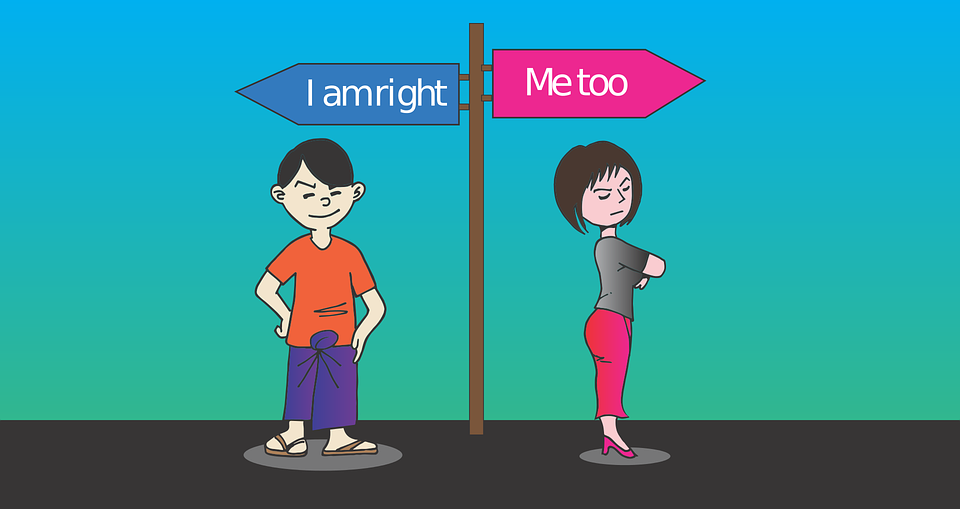 The most important rule is to stay on topic.Don’t bring up things that happened before. The past is in the past.

Although fighting, don’t forget to show your respect. You need boundaries.

3. If you are wrong, say sorry

If you crossed the line from fair fighting into the bad fighting, you have to ‘wear the humility sandals’ and apologise. It doesn’t make you look weak. It shows your partner that you respect him/her.

ARGUING FOR A HEALTHY RELATIONSHIP

To be honest, arguing in a healthy way is part of a less boring relationship anyway.

WHAT ABOUT THE KIDS?

Many family counselors say that arguing (not fighting) is part of a positive model. If children never see their parents argue, they will be getting an unrealistic image of marriage. But only if it’s only a small irritation that is addressed respectfully – and then 15 minutes later everyone’s got over it and everything is fine again.

It’s okay to disagree and healthy for everyone involved, not just the couple.

It’s important for partners to be on the same level, making no one dominant of the situation. Everyone feel the need to stand their ground and in a relationship, if you don’t show your opinions and divergences, you’re showing your partner that their opinion is more valuable and important than yours. That’s really bad.

CHALLENGE AND GROW TOGETHER

Overcoming challenges makes you grow quicker. It doesn’t matter if you win or lose. Learning about each other will teach you how to lose better and how to compromise more.

Don’t avoid arguments if you want a healthy relationship. It’s the way of people to ‘reset their feelings’.

What do you thing about these tips? Have you ever had a big argument with your partner? Or is your relationship calm and serene?

2 thoughts on “Why Couples Who Argue Have Healthy Relationships”