Anger Issues and how this affects your health

There once was a little boy who had a bad temper. His father gave him a bag of nails and told him that every time he lost his temper, he must hammer a nail into the fence.

The first day the boy had driven 37 nails into the fence. Over the next few weeks as he learned to control his anger, the number of nails hammered daily, gradually dwindled down. He discovered it was easier to hold his temper than to drive those nails into the fence. Finally, the day came when the boy didn’t lose his temper at all. He told his father about it and the father suggested that the boy now pulls out one nail for each day that he was able to hold his temper.

The days passed and the young boy was finally able to tell his father that all the nails were gone. The father took his son by the hand and led him to the fence. He said “you have done well, my son, but look at the holes in the fence. The fence will never be the same. When you say things in anger, they leave a scar just like this one.

IS ANGER HEALTHY FOR YOU?

Sometimes anger can be good for you, if expressed in a healthy way. However, if you hold too much anger in you and out of nowhere explode with rage, it can do a great damage on your body. 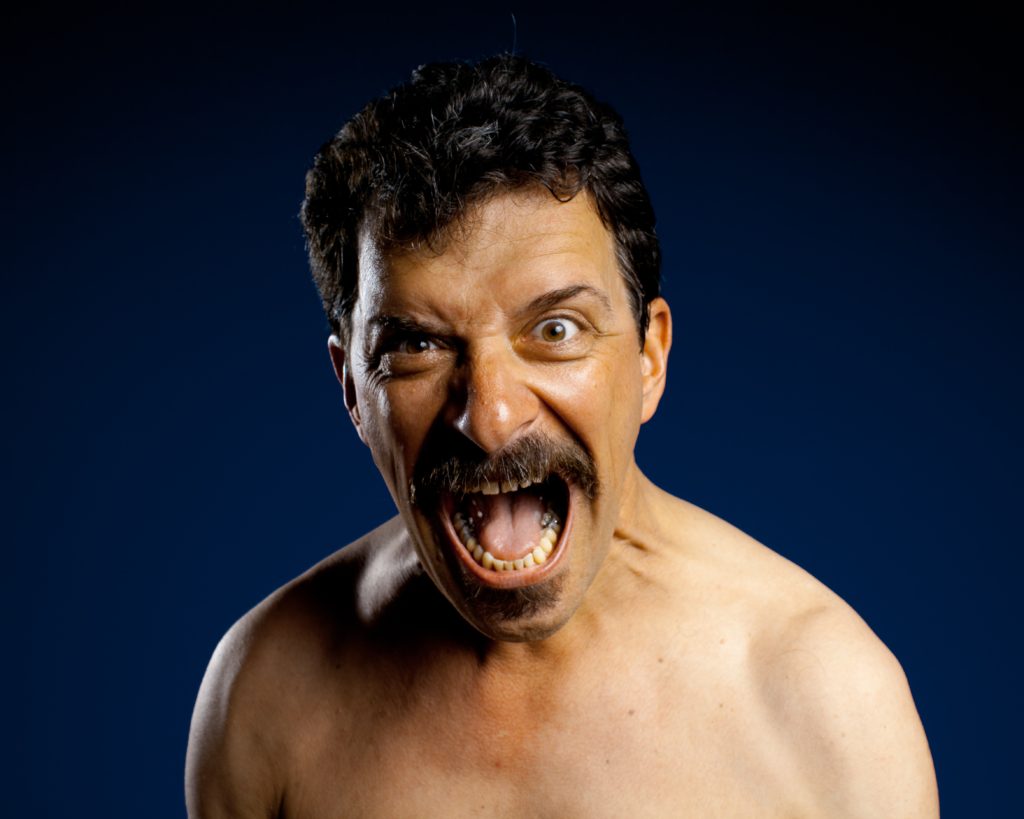 HOW CAN I FIND MY CALM?

1. Anger can put your heart at risk. Most physically damaging effect is on your cardiac health.

If you repress the anger by going to great lengths to control it, you can run the risk of heart disease too. In fact, one study found that people with anger proneness as a personality trait were at twice the risk of coronary disease than their less angry peers.

You have to identify and address your feelings before losing your cool. If you feel the kind of anger where you speak up directly to the person you are angry with and deal with the frustration in a problem-solving manner, that can be a much healthier option.

2. It can increase your stroke risk. If you can’t control yourself, beware. One study found there was a three times higher risk of having a stroke from a blood clot to the brain during the first couple of hours after an angry outburst.

That doesn’t mean angry explosions can’t be controlled.  You need to identify what are your triggers, and then figure out how to change your response. If you do some deep breathing, that can help tremendously. Use a confident personality. You might have to walk away from a determined situation. That might feel bad for starters, but at least you will be avoiding a lot of headache and possible health problems, so spare yourself from the drama.

3. It doesn’t help your immune system. Being mad all the time, can make you feeling sick more often.

TIPS FOR LETTING GO OF ANGER

-> Be confident. You can protect your immune system by having confident communication, solving problems in an effective way or even using your humour to cope with anger and manage it, but you’ve got to calm down first.

Your anxiety levels can get worse if you’re having constantly anger triggers. It’s important to bear in mind that anxiety and anger can go together.

-> Practice your favourite sport. Depression can trigger anger too. Some studies have linked depression with aggression and angry outbursts, especially in men. A piece of advice for someone struggling with depression mixed with anger is to stop thinking so much. Thinking things over will only add to the anger and it’s not going to help.

Practising any activity is incredibly helpful to subside the symptoms of excess anger. They tend to fill people’s minds completely and pull their focus toward the present moment. There’s no room left for anger to stir when you’ve got some interesting sports activity, such as golf or any other thing that you might like to practice.

-> Express anger in an appropriate way. Happy people live longer, as stress is tightly linked to general individual health. If you’re stressed and angry all the time, you’ll likely shorten your lifespan. A University of Michigan study done over a 17-year period found that couples who hold in their anger have a shorter life span than those who readily say when they’re mad.

If you’re someone who’s not comfortable showing negative emotions, work with a professional practice to be more expressive. You’ll learn that if you express anger in a certain acceptable way is a healthy use of anger. Don’t keep it to yourself, otherwise it will be no good to your health. If something or someone is not right, you need to tell them.

-> Fiddle with a small object to get your attention away. Environments such as the workplace have essentially become breeding grounds for contagious prickliness. The trick is to calm your temper before you lose it. Keep something in your pocket to fiddle with. It can be a lipstick, a coin, a pen, whatever. As long as it is a physical object. Reaching of it will help to distract your mind.

-> Create some distance from the situation. Stop and look at the bigger picture. Chances are, what’s annoying you is out of your control anyway. By looking at things more objectively, you’ll begin to see that everyday annoyances aren’t a personal attack.

If you’re losing your cool regularly, it’s time to look at what else is going on in your life. Remember, your mind is like a measuring jug – if it’s three-quarters full, the smallest extra thing can tip it over the edge. You have less patience when you don’t have the mental space.

So next time you feel yourself getting more shirt than a launderette, remember these tips and don’t worry, be happy. Your health will thank you.

(Photo by Billy Hunt on Unsplash)

Do you have a tip on how to control you anger levels? Share with us on the comments below!

Author: Milene
Filed Under: Wellness
Secrets on how to build self esteem
Ways to Overcome Insomnia